Well, what else could I do?
I voted to leave the EU

I said “What happened to all the NHS money?”
He just laughed and said “Oh you’re so funny”
I said “Yeah?
Well, I can still see foreigners over here”

from the album “Arse” by Borrissey. Available here: 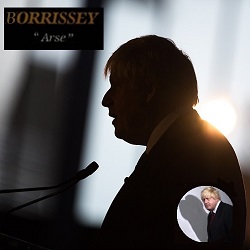 The Dark Side Of Marquee Moon